Road trip to the Belgium coast! 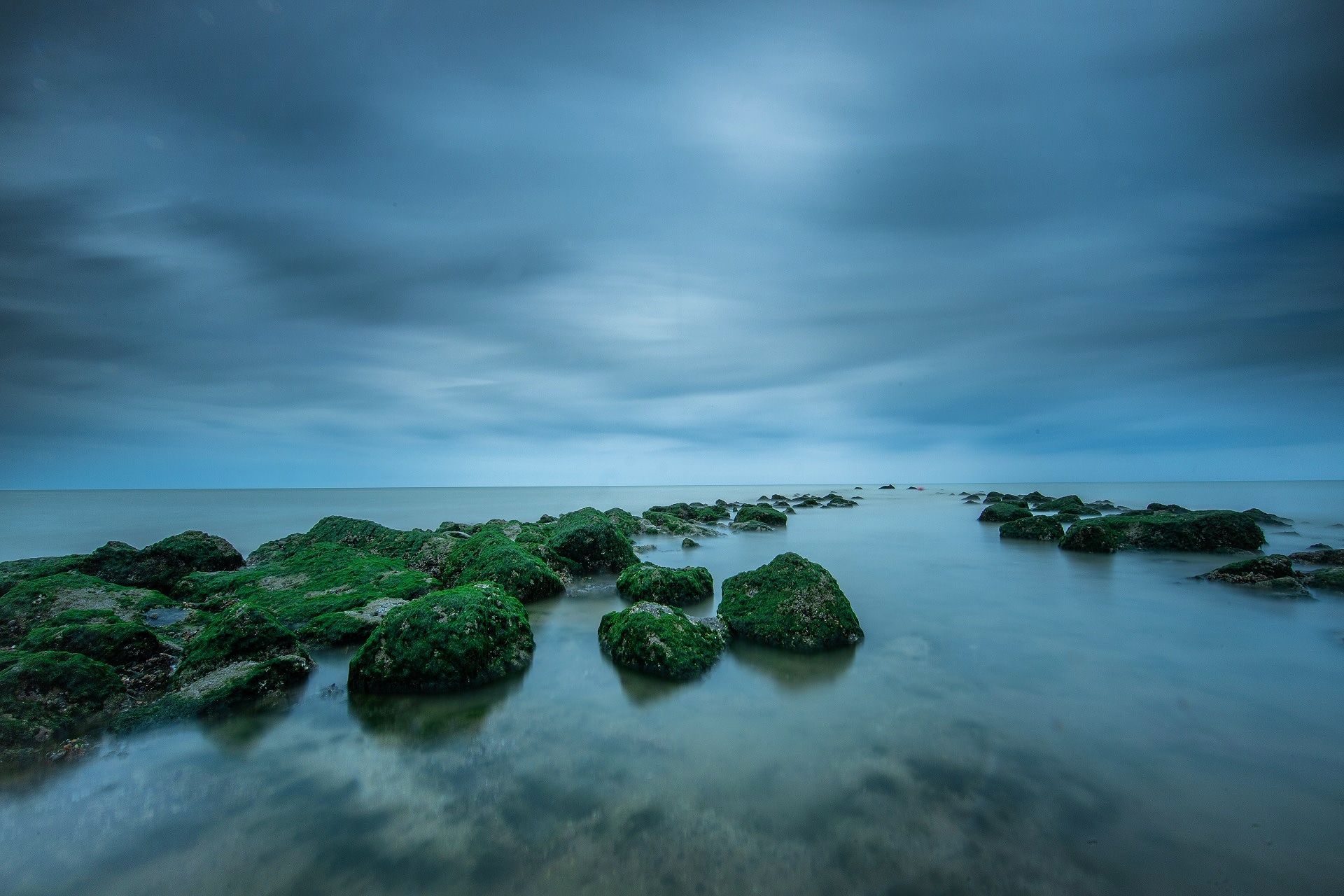 Finally i could cross the boarder again. It felt very good to feel that free again after all those Covid restrictions! I had to cheer a bit at the border crossing! 🥳 For the best reading and experience go to my Truvvl blog!

A couple of months ago i came across a photographic competition about the Atlantic wall. That's the system of coastal defenses and fortifications the was build during WWII across the beaches stretching from Norway al the way to the South of France! It was build by the Germans to prevent te Allied invasion of Nazi-occupied Europe from the United Kingdom! And me as a photographer had some nice pictures of other fortifications. So I entered the competition and after a couple of weeks they contacted me if I wanted my picture to be in the exhibition.

So I said yes and immediately tough about a little road trip along the Belgium coast! Never have I been there so this was a good opportunity. It felt very good to prepare a little for this trip, but the best way to travel is to ask a local! My first stop was the Raversyde Atlantic wall museum
They had the award ceremonie over there and a tour around the 35 pictures of the exhibition, and this is mine 😁! It's awesome to see your picture printed on a big wall like this!

Of cours after that i quickly took a stroll along the beach! They had predicted a lot of rain that weekend so i had to plan my trips between the rain showers. On google maps i saw the breakwaters already in the water along the beach, so i took my Leefilters with me to do some longexposure shots while standing on them. Mr. lifeguard thought otherwise, it was forbidden to stand on the breakwater because they can be slippery.  Better safe than sorry. I did manage to take 5 long exposure shots in that time. This one was the best of 5!

After that encounter i didn't do any LE anymore, the rain clouds almost where there as you can see in the picture and I went back to the campsite to keep my gear dry! That evening at the campsite, just minutes before sunset, it stopt raining but it was just to late for me to go back to the beach for a sunset shoot. So i stayed at the campsite and I was not sorry for that! An awesome rainbow popped up! 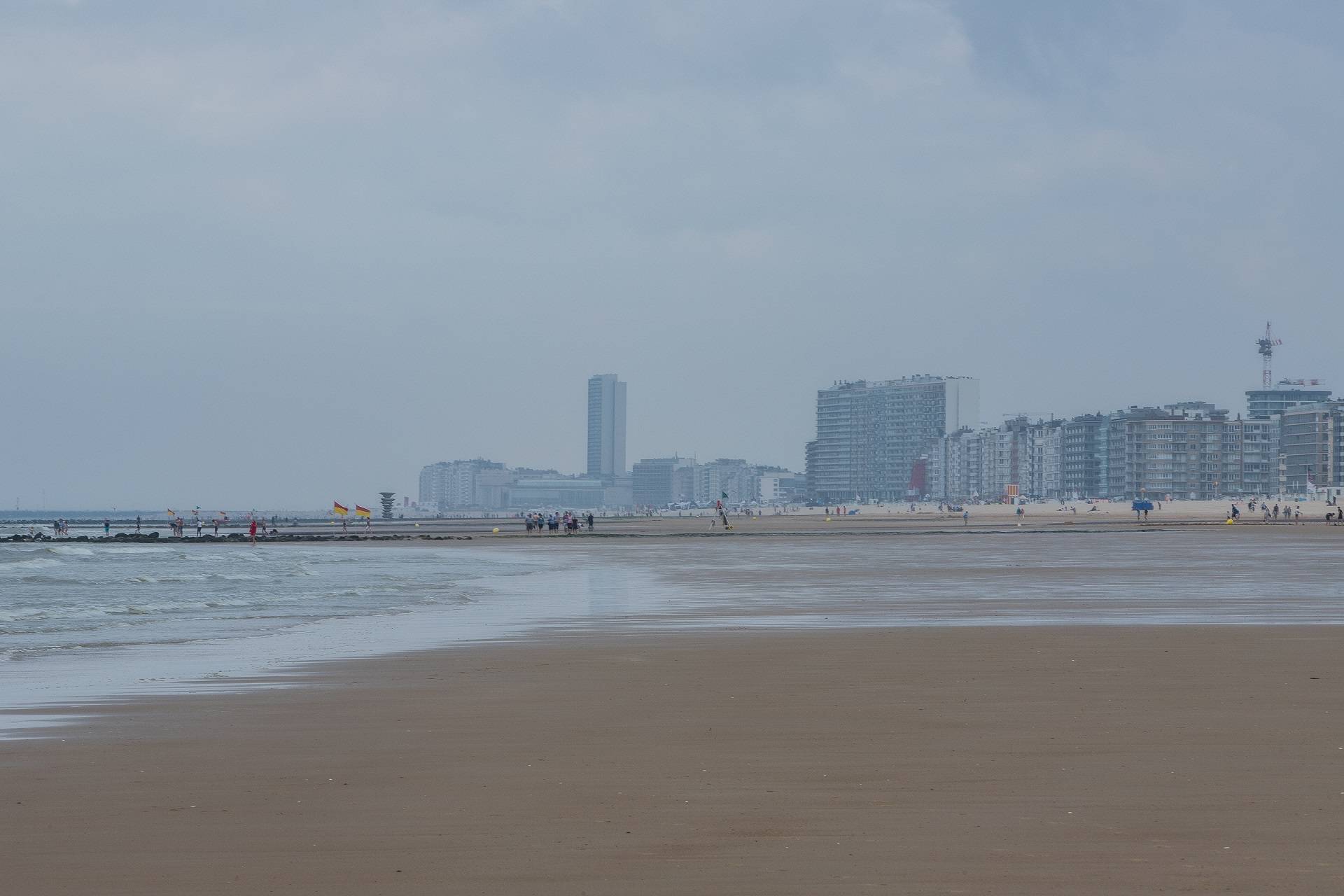 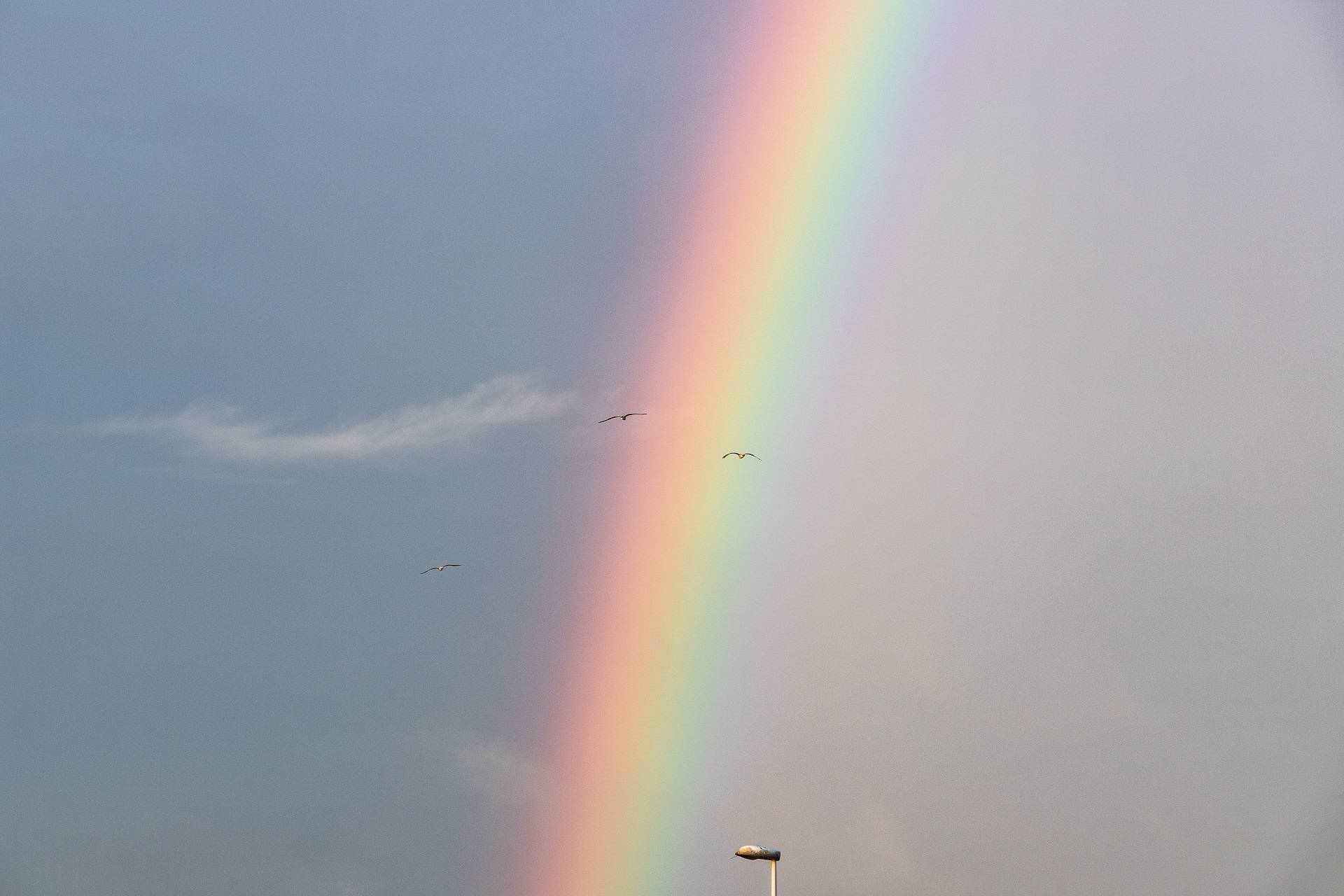 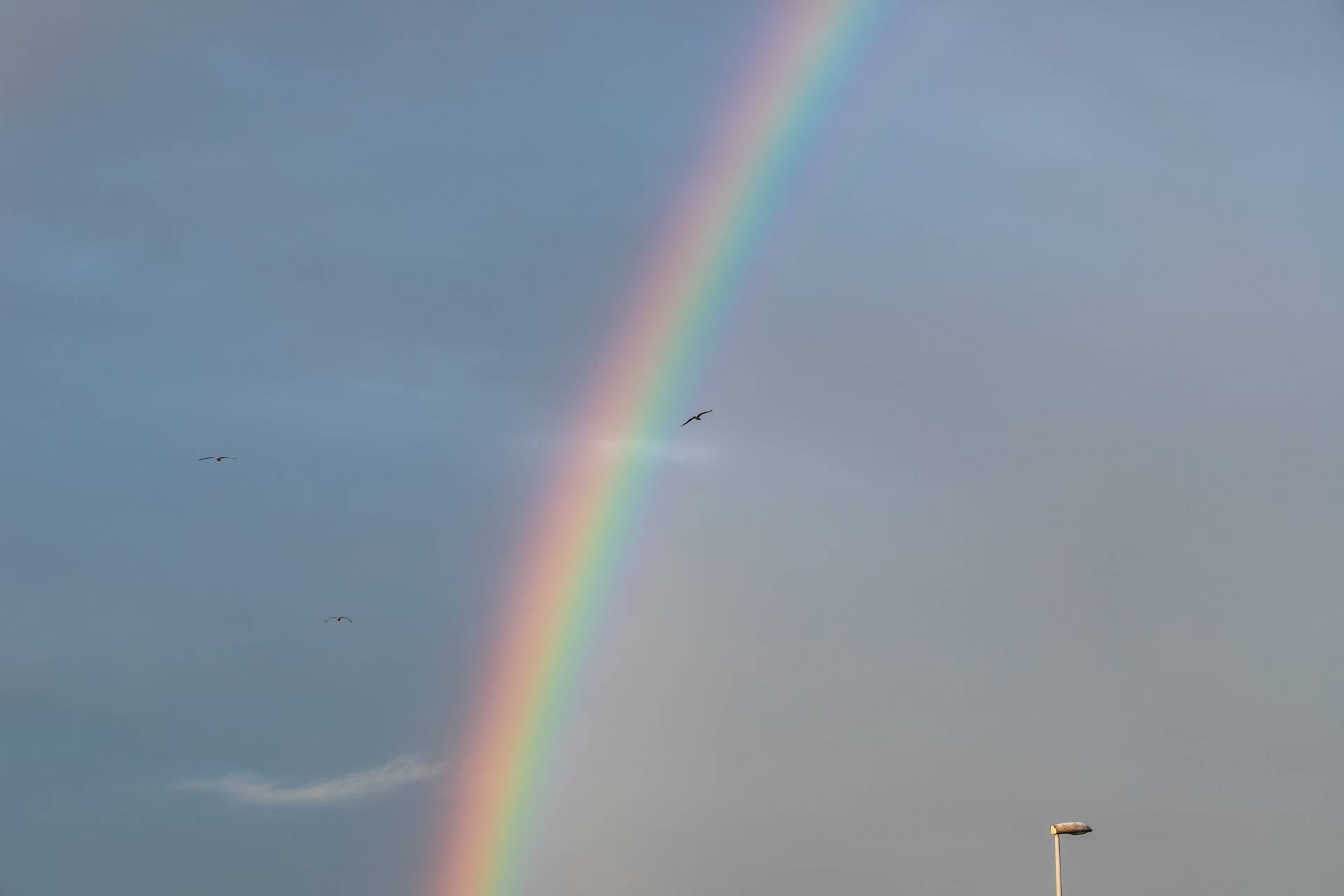 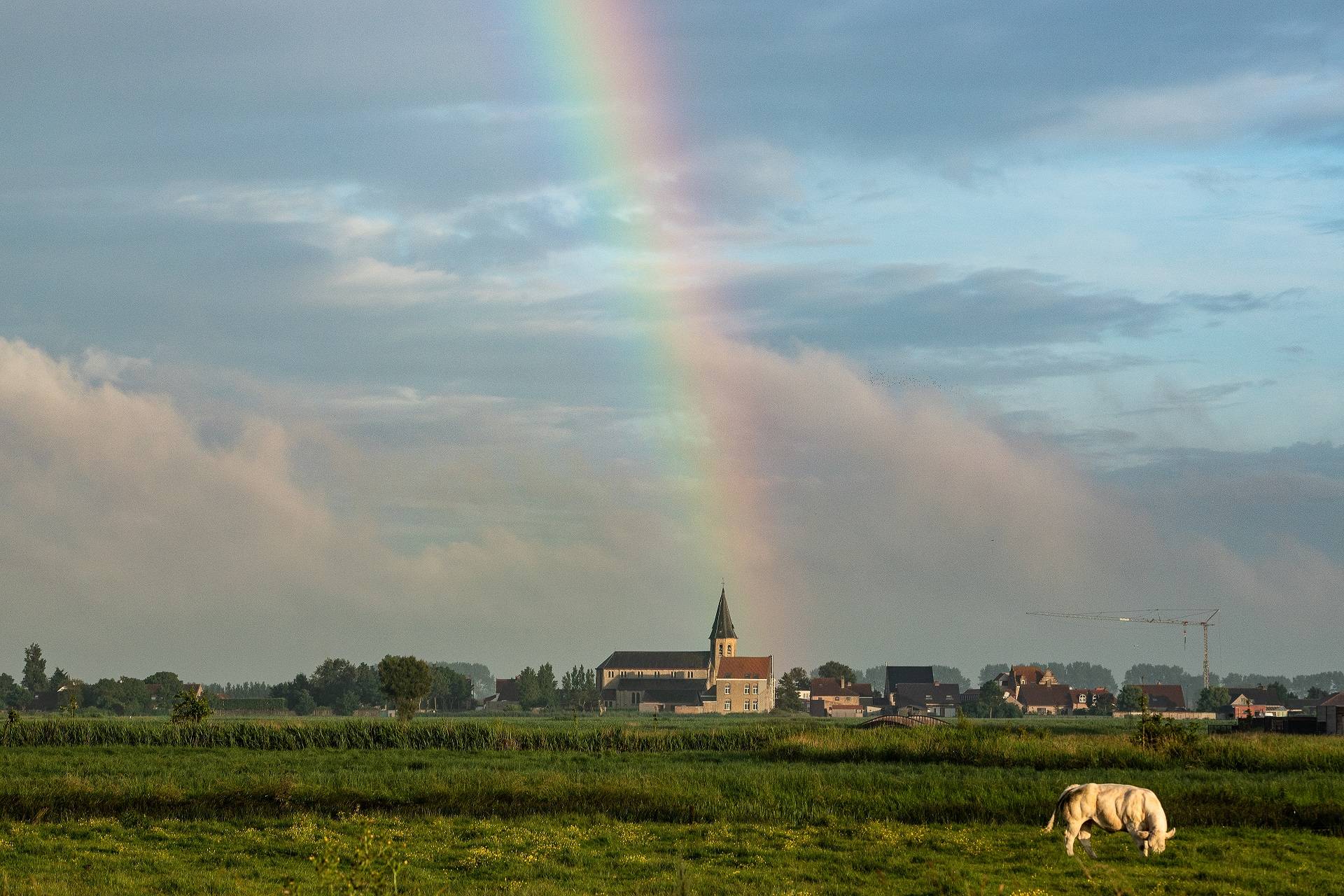 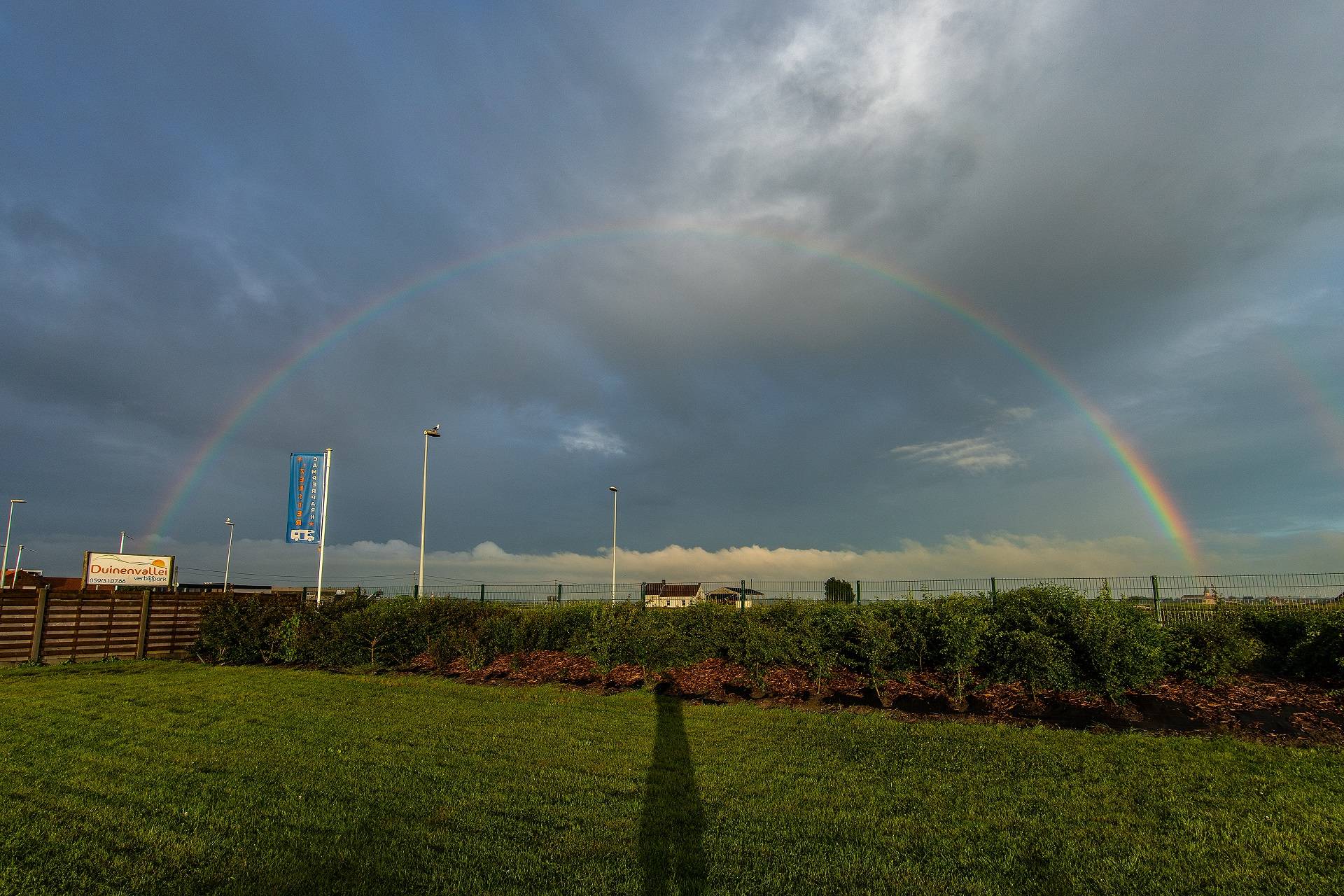 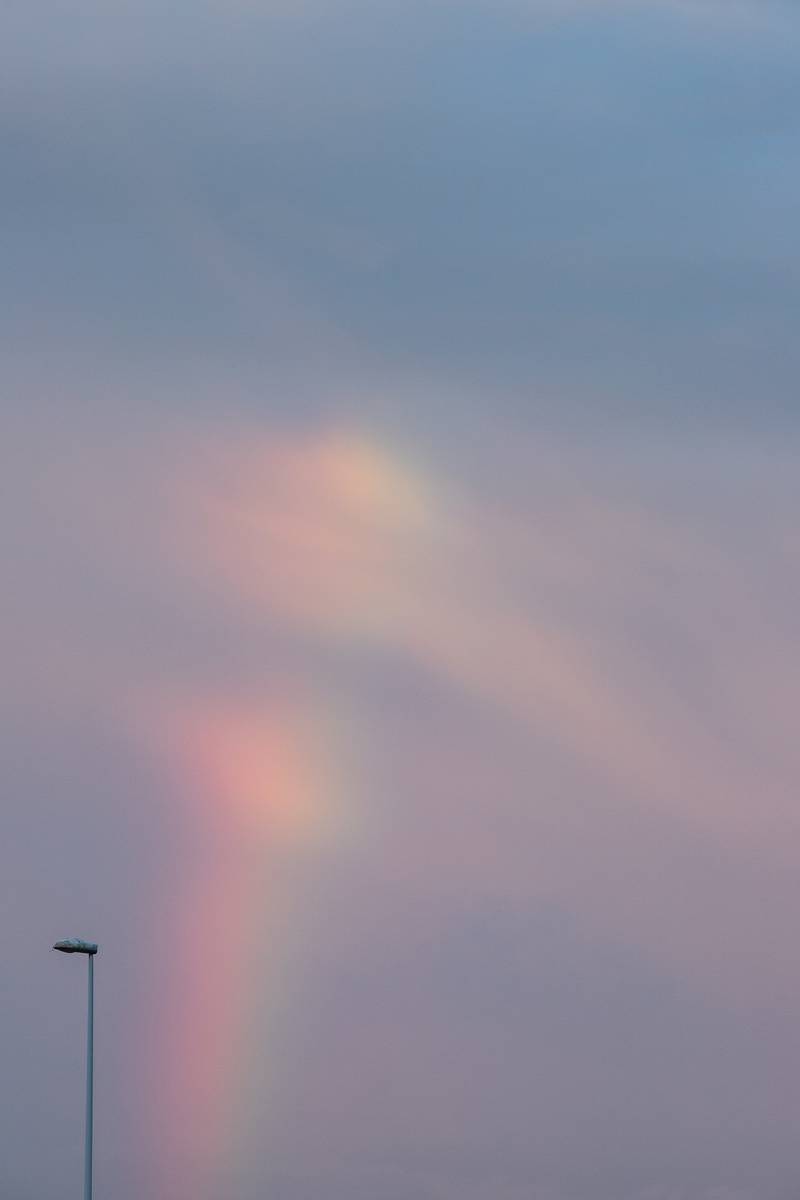 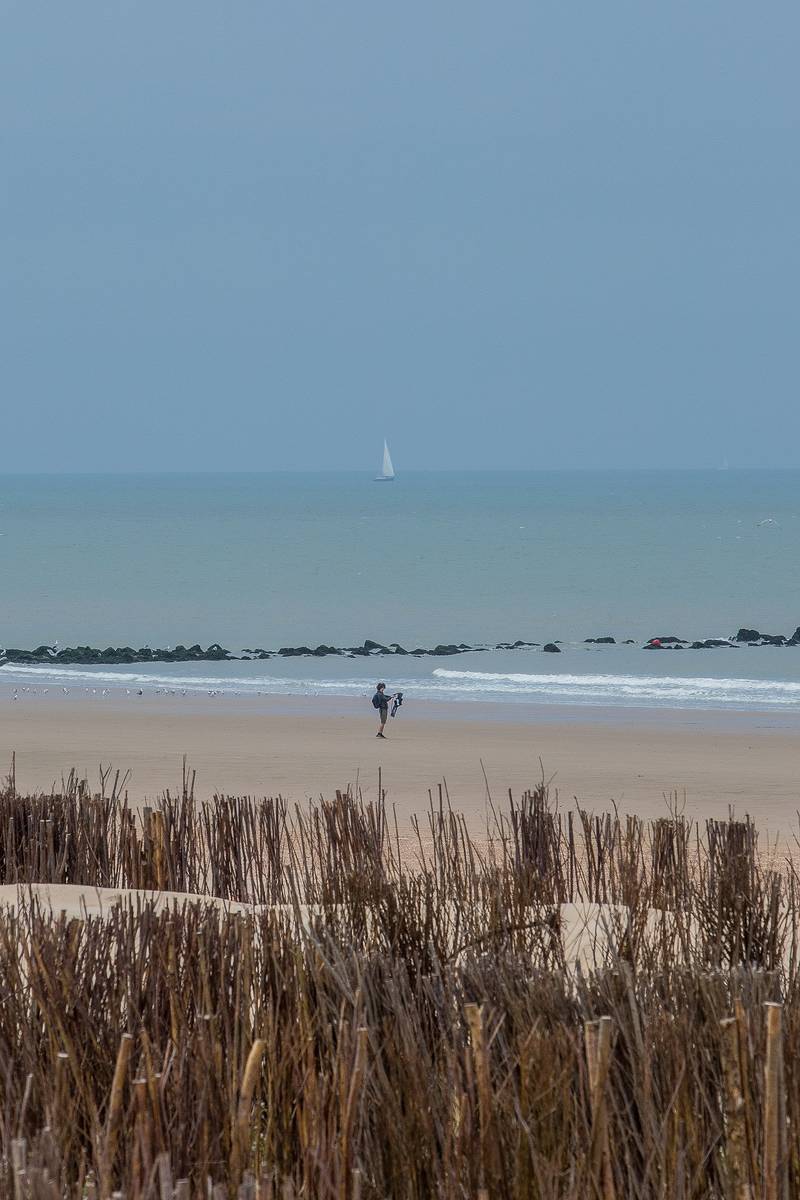 The next morning it was still raining and it would continue to be rainy all weekend. To bad but i did make something of it. I drove down the coast line and ended up at this big memorial monument, West Front Newport! It's dedicated to King Albert the First and to all the people of Belgium who had died in WWI! It was early in the morning and raining so i was there alone, good photography times! Here i used my Canon 14 mm wide angle lens. I love reflections in the puddles! 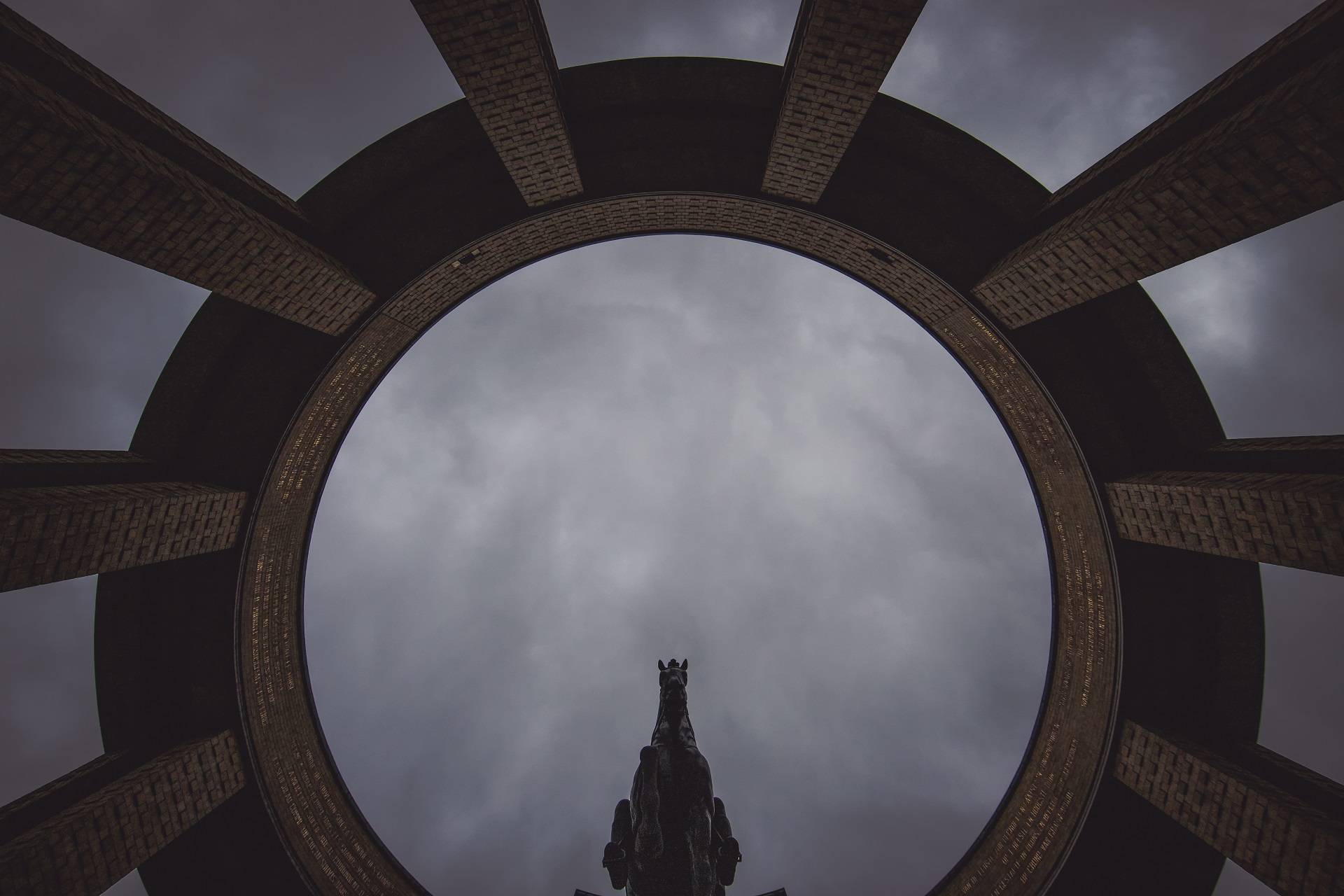 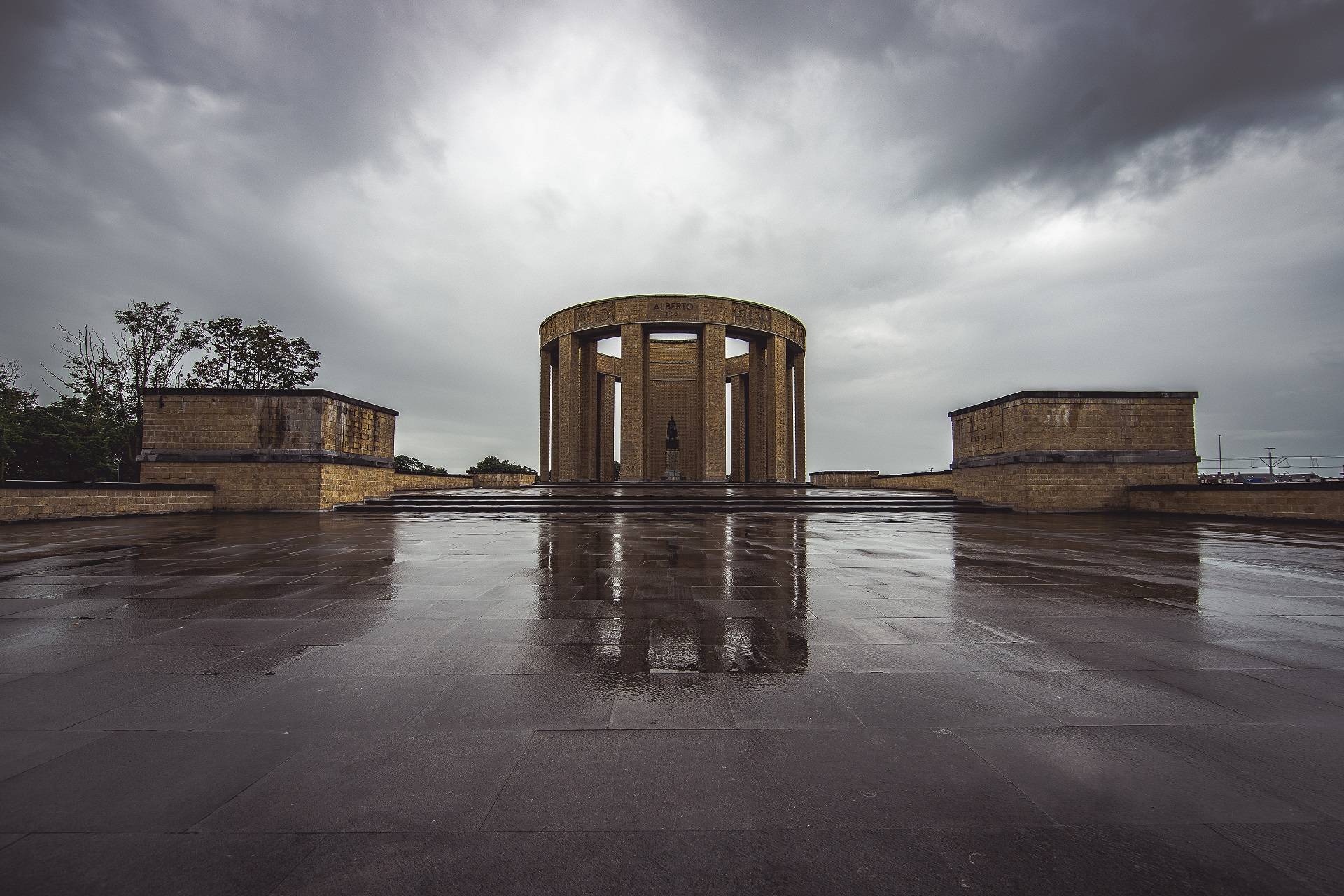 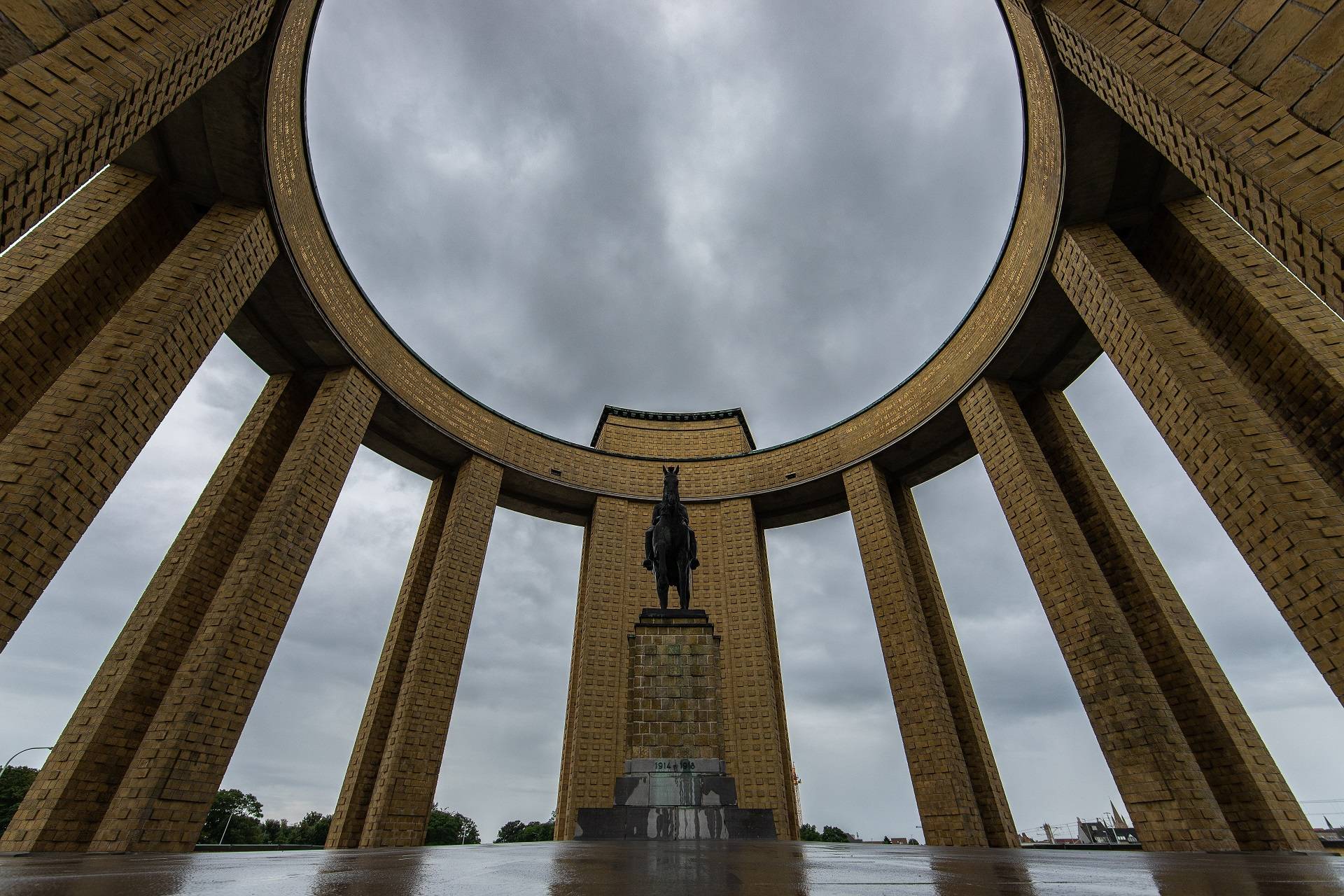 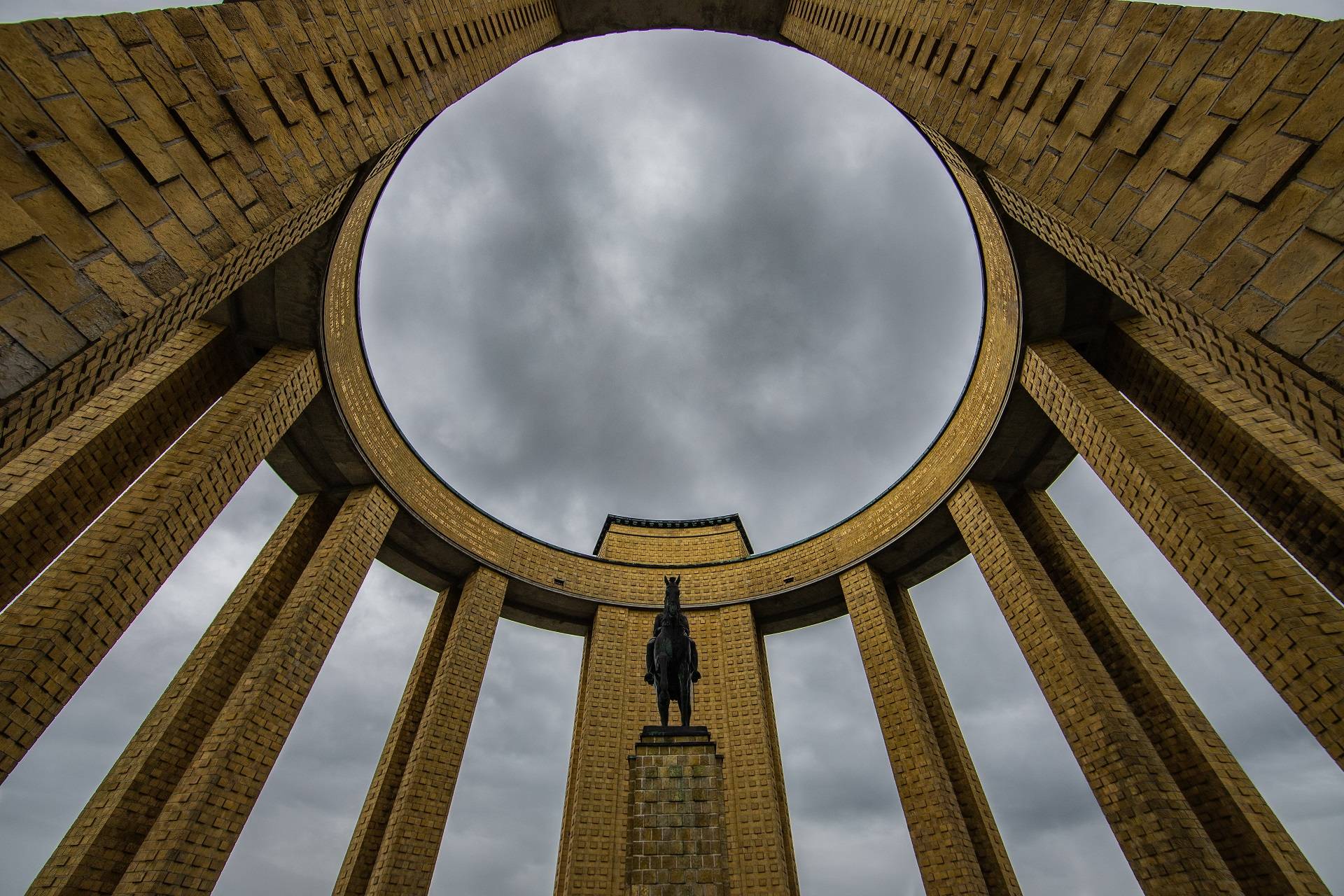 On the opening of the exhibition I met a Belgium photographer who told me where he took one of his pictures! There was a German field Battery close by. It was build in 1942 to protect the harbor of the town of Newport! Here is a google image of that battery! If you look closely the bunker on the right and the one bottom left are demolished. Not because of the war but the farmers son blow them up with the ammunition that the Germans had left behind after they surrendered.

The weather was still pretty bad so i could not take many pictures but i did some longexposure shots. I took me 15 minutes per picture to Photoshop all the rain drop away! 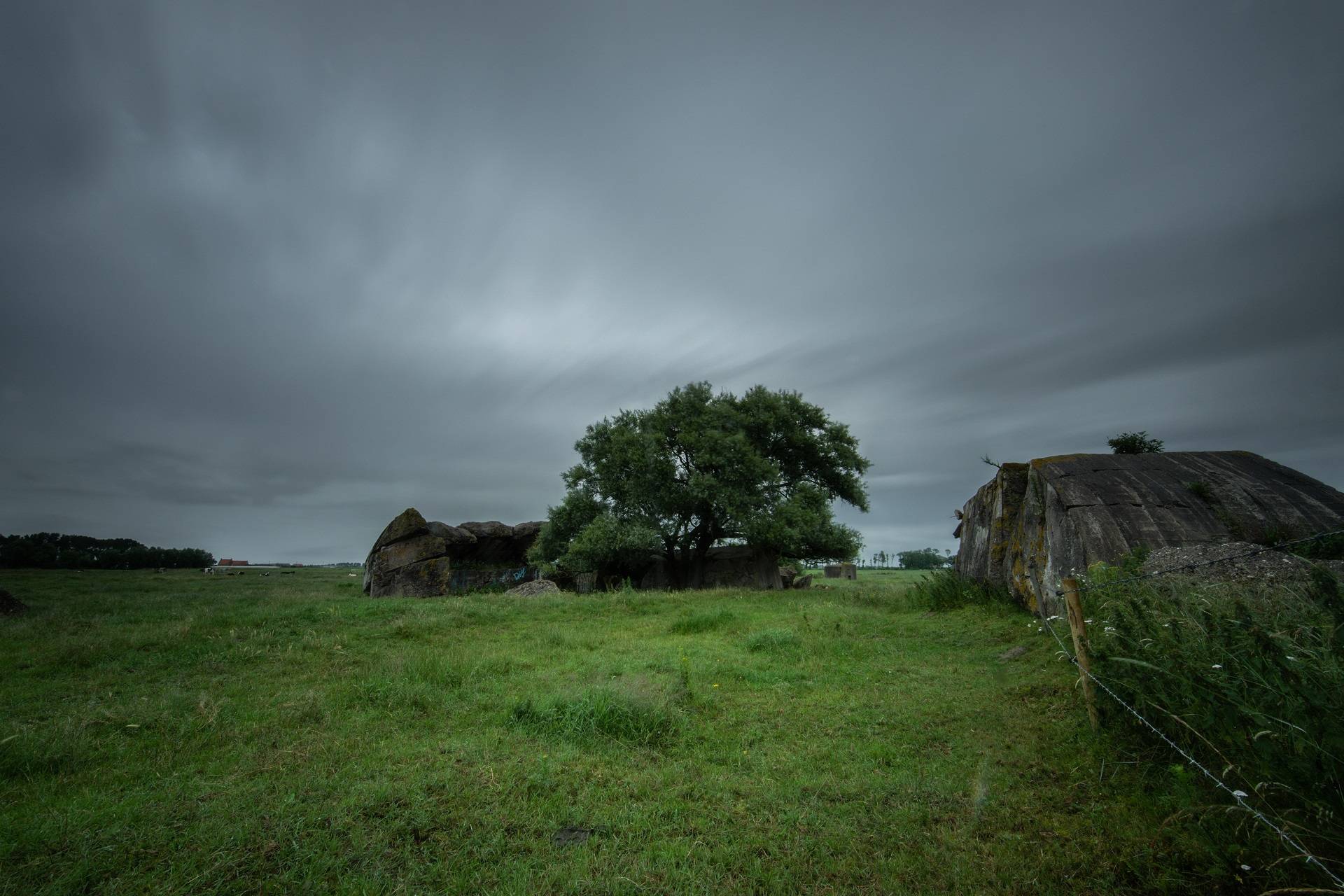 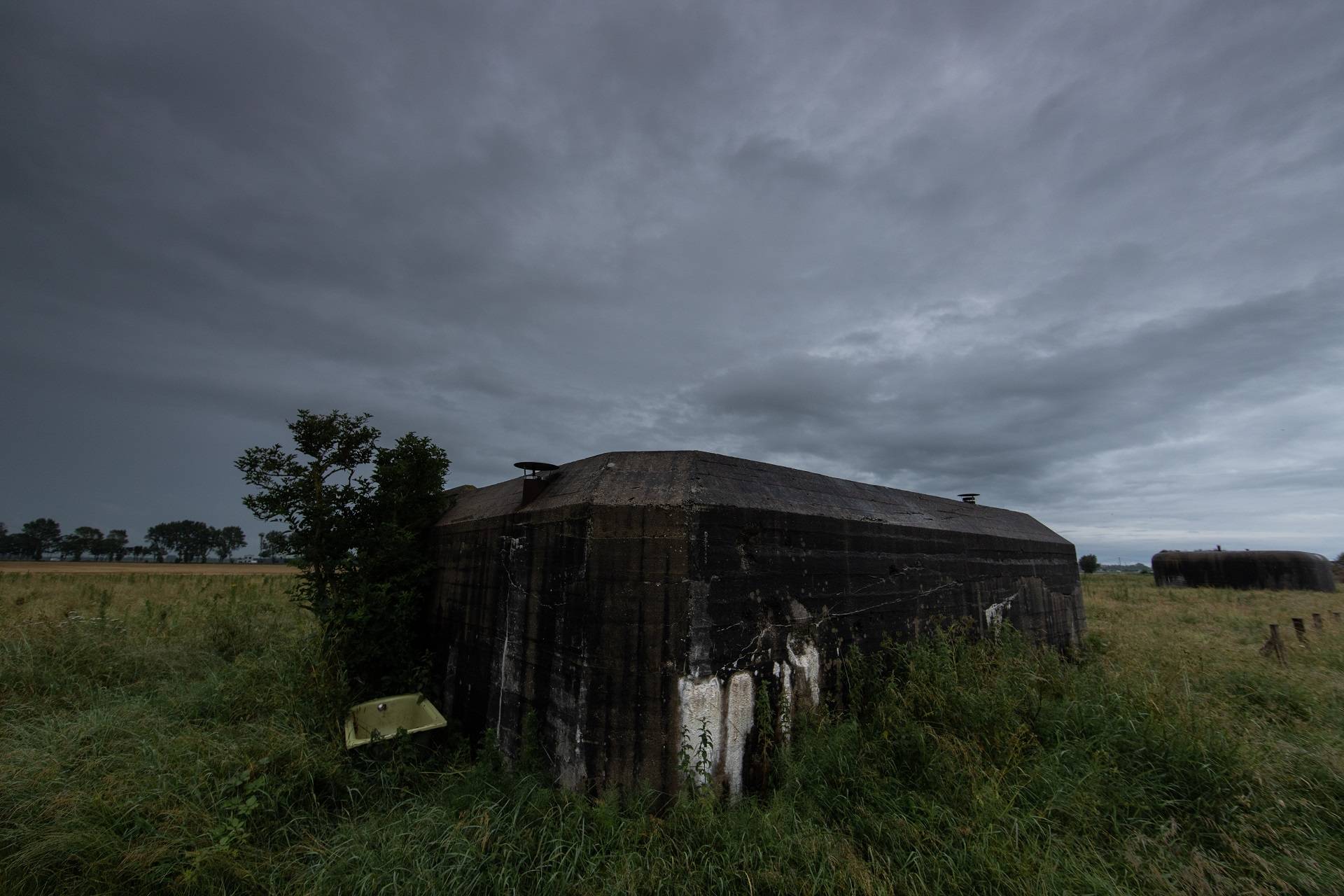 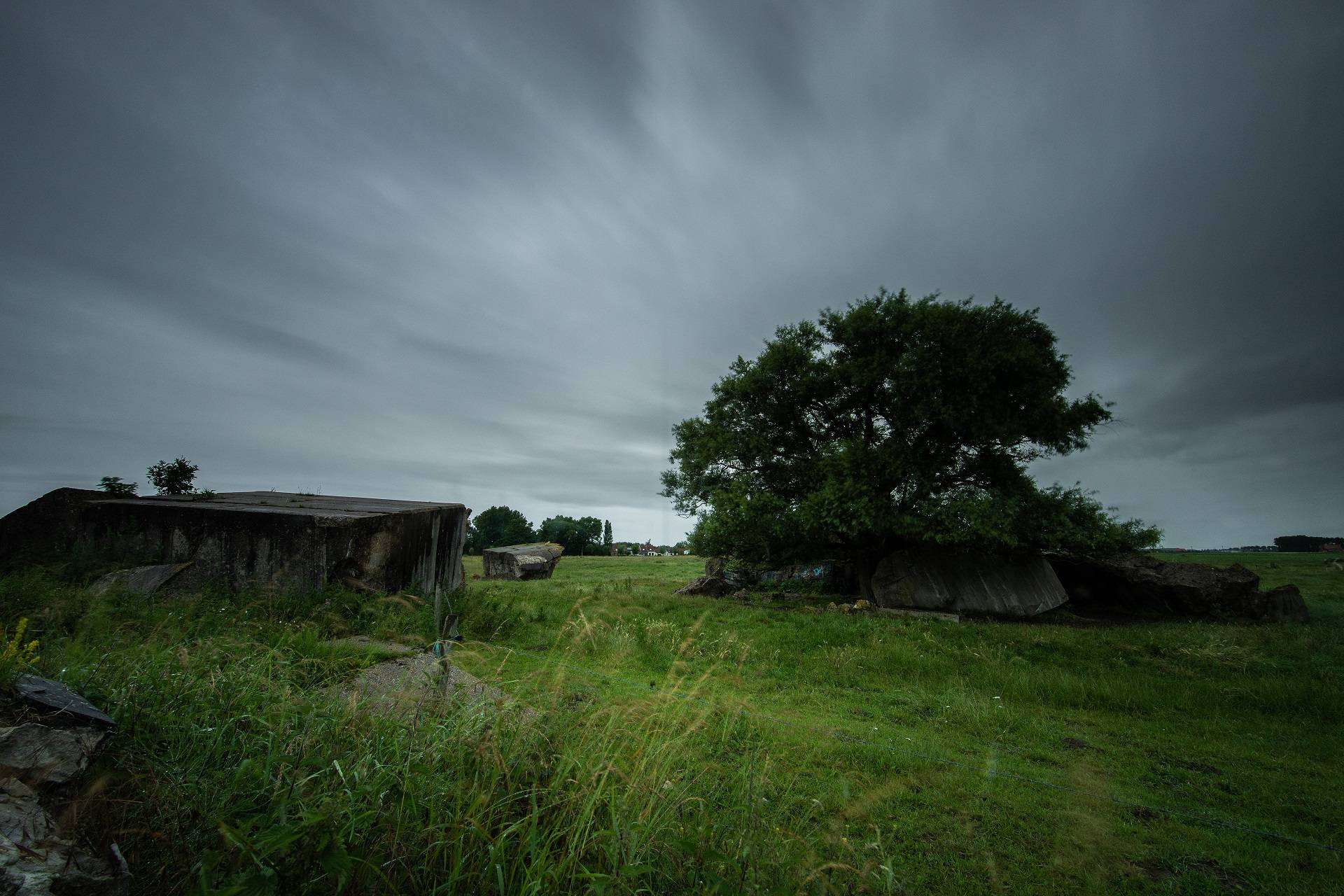 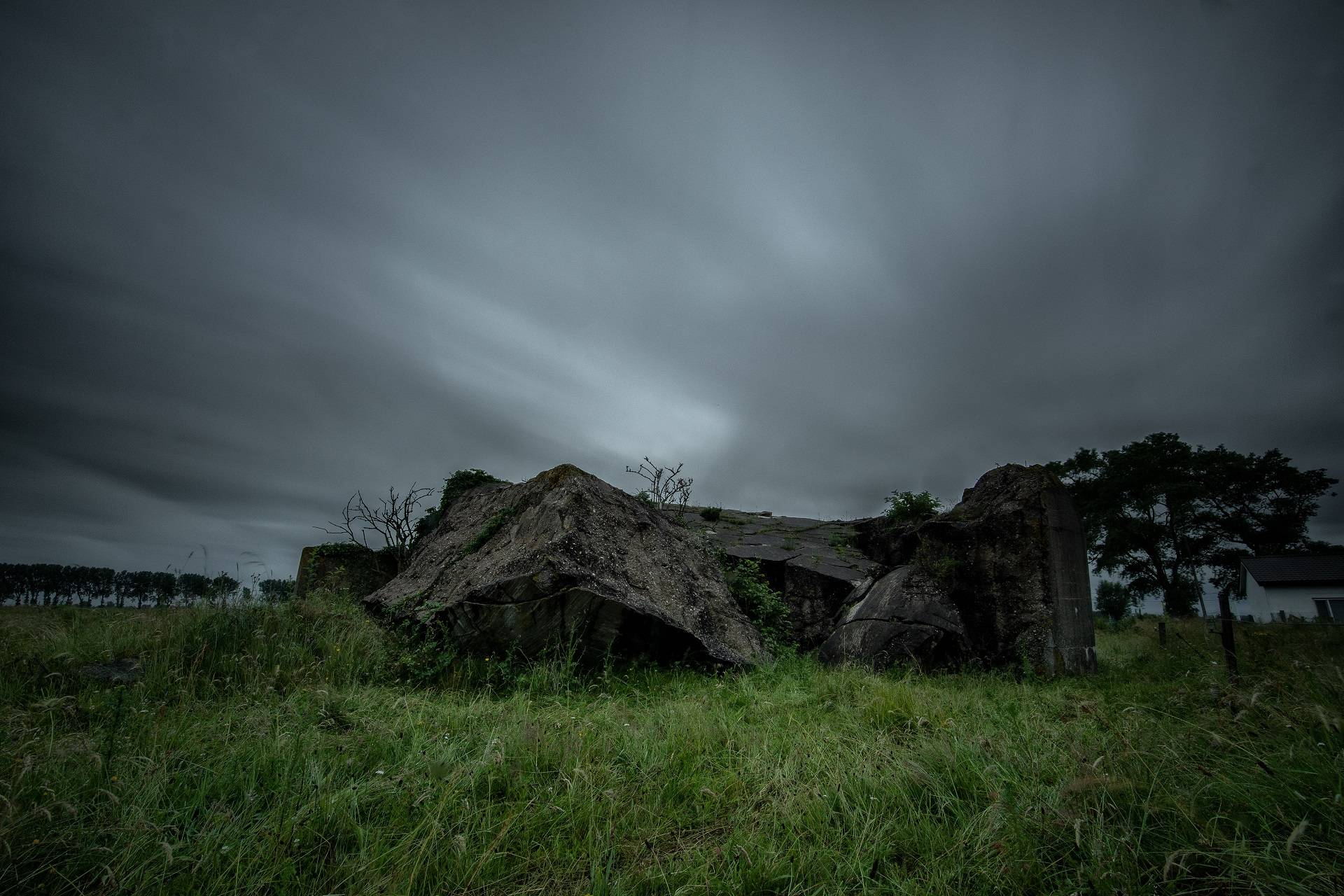 The picture of the exhibit!

I took this picture as an assignment for a book about these bunkers!
I just received that book last week and want to make a post about it soon. It became an awesome book and i am very proud of it!

Traveling in my VW camper van along the entire length of the Atlantic wall! The German coastal defense line build in the second world war! From the far north of Norway till the most Southern part of the wall in France! But first... Mental health...! Story time! It's some kind of a secret but now it's time to "get my story out there" I am struggling

If you reed the topic you probably think that looks like the country of New Zealand. You are wright, the Dutch Abel Tasman was the first European to set food on the island of New Zealand in 1642. They named the country after the Ducht province of Zeeland! And that's where i am discoverering the beach for you! Ouddorp beach! A smal town in the provi

Exploring the coast of the Netherlands!

I am traveling trough the Netherlands, exploring and photographing the beauty of the Netherlands for you. This week i went to the coast of the peninsula of Goeree-Overflakkee! It's part of the province of South-Holland and a very nice place for recreation. Many tourists go to this place in spring and summer!  The beach! Parts of this peninsula is n

Bluebells at the forest of Hallen Belgium. .

Blue bells-season in the woods of the Belguim town of Hallen. There is still a curfew in Belgium so I stayed at a campsite near the bluebells forest. The morning was not very good, there was a lot of rain but at one time the sun came trough and the light was magical. Do you want to see more of my pictures, please give me a follow on Instag